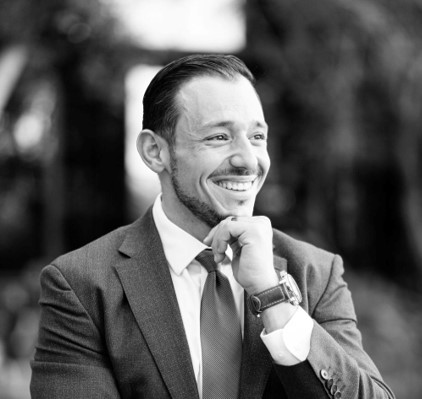 While attending Phoenix School of Law, Mr. Al-Sayyed was an active member of the student body and the Phoenix community. He served as an editor and member of the Phoenix Law Review, as a delegate for the Student Bar Association, and performed more than 150 hours of pro bono work. His pro bono work has included assisting the less fortunate through the tax filing process, working with homeless shelters to provide food for the less fortunate, and assisting in community events around Phoenix.

Prior to founding The Law Office of Zayed Al-Sayyed, PLLC, Mr. Al-Sayyed built a solid practice ready foundation through his training as a litigator through internships where he composed pleadings, researched complex civil issues, wrote case dispositive briefs, and conducted various hearings.

Mr. Al-Sayyed lives out his passion and life-long goal of practicing law. He enjoys assisting clients through difficult times and strives to provide all clients with a high level of professionalism and quality that is expected from a law firm. Mr. Al-Sayyed is dedicated to serving and meeting the legal needs of his clients while providing a positive difference in their lives.

In his free time, Mr. Al-Sayyed is active within the greater Phoenix community dedicating his time as a board member for various community organizations.

In 2008, Mr. Williams was president of the San Joaquin Valley Chapter of ABOTA. He has addressed a number of legal organizations, including San Joaquin College of Law, in the area of civility. From 2004-2006, he served on the Board of Directors for the Fresno County Bar Association. He has provided a number of lectures to various organizations including law schools, civic groups, and health care providers in the area of personal injury and wrongful termination.

We defend many clients against charges of robbery, sexual assault and other serious crimes.

The special appearance attorney is knowledgeable and has mastered the tactics that can be used to ensure the outcome of the appearance.