Our roster of qualified personal injury, criminal defense, and immigration lawyers are passionate about supporting our clients and committed to excellence in representation.

The Law Office of Zayed Al-Sayyed brings a variety of case experience to every personal injury, criminal defense, and immigration case we represent. From the moment you call us, we are available to clearly explain the legal process and your rights to assist in formulating the best strategy for your case.

Zayed Al-Sayyed has been recognized as a Super Lawyer from 2017 – 2021 and as a Top 40 Under 40 Attorney for his efforts in providing high quality representation to his clients.

Expert Legal
Advice For Everyone

When you trust us to handle your personal injury, criminal defense, or immigration case, we will never leave you in the dark. We strive to keep you updated on where your case stands at all stages. Our firm values your future and well-being. At our firm, your case matters. 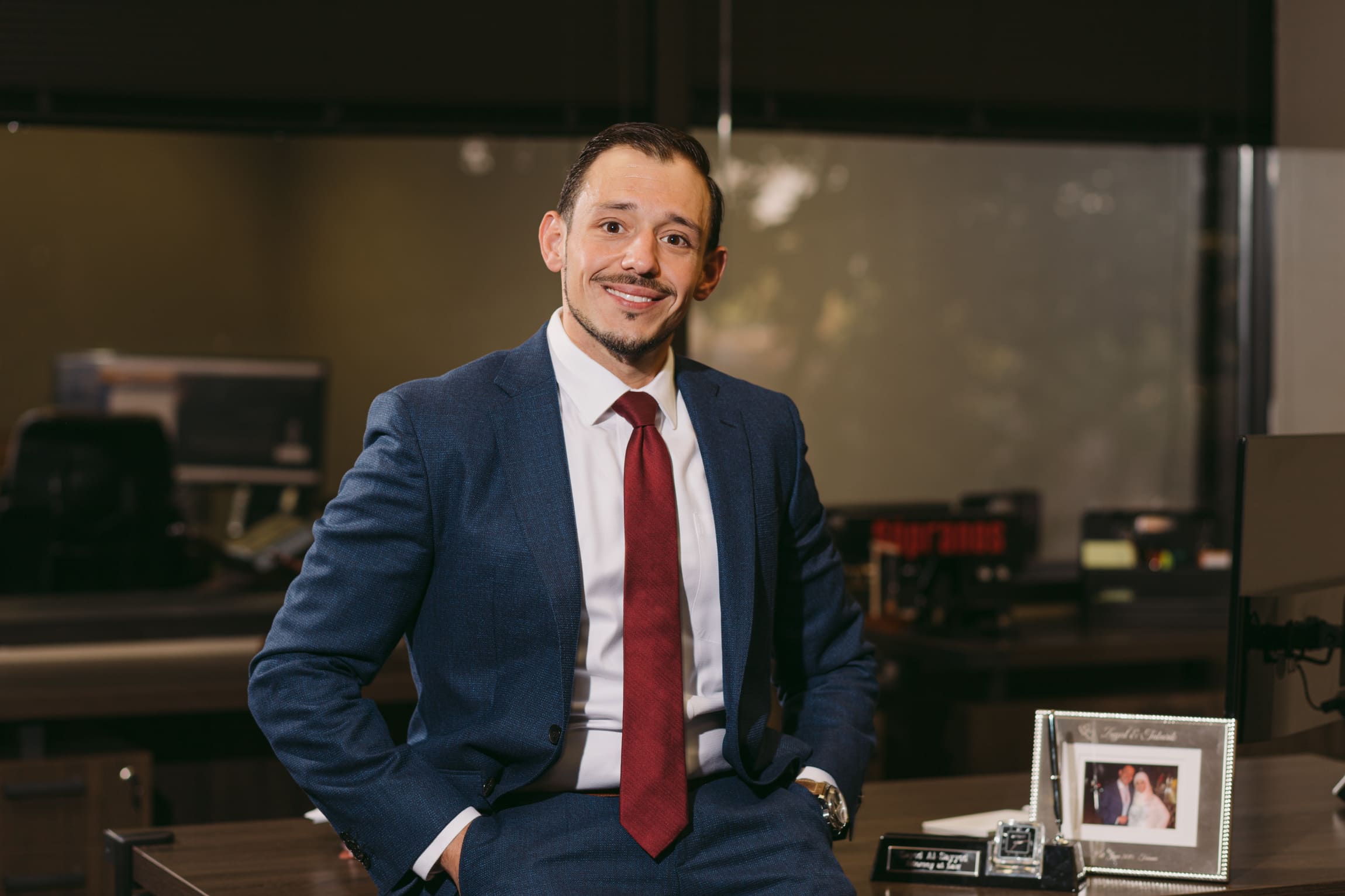 Our firm is committed and dedicated to provide you with Aggressive Compassionate Representation in the following areas:

We understand that accidents are a part of life, but when caused by the negligence of others, the devastation to one’s finances and quality of life is immeasurable.

Arizona has some of the harshest criminal sentencing standards in the United States. If you find yourself facing charges in Phoenix, contact one of our skilled criminal defense attorneys at The Law Office of Zayed Al-Sayyed PLCC right away.

The United States is a nation based on immigration, but the pathway for undocumented individuals can lead to many different complex legal issues on state and federal levels.

While attending Phoenix School of Law, Mr. Al-Sayyed was an active member of the student body and the Phoenix community. He served as an editor and member of the Phoenix Law Review, as a delegate for the Student Bar Association, and performed more than 150 hours of pro bono work.

Prior to founding The Law Office of Zayed Al-Sayyed, PLLC, Mr. Al-Sayyed built a solid practice ready foundation through his training as a litigator through internships where he composed pleadings, researched complex civil issues, wrote case dispositive briefs, and conducted various hearings.

Mr. Al-Sayyed lives out his passion and life-long goal of practicing law. He enjoys assisting clients through difficult times and strives to provide all clients with a high level of professionalism and quality that is expected from a law firm. Mr. Al-Sayyed is dedicated to serving and meeting the legal needs of his clients while providing a positive difference in their lives.

In his free time, Mr. Al-Sayyed is active within the greater Phoenix community dedicating his time as a board member for various community organizations.

Zayed was referred to me and I was grateful to have him work on my case. Excellent, personable, and a true friend through everything. I wouldn’t recommend anyone else. Thank you sir!
- by Raymon West
Zayed is a caring and very professional lawyer and I would recommend him to family and friends if they were ever in need of his services. Thank you!!
- by Maria Santos-Rojo
Was in a situation where I had to go seek for their help and let me tell you they do what they say they do, very professional staff I specially thank Maria the paralegal who works there and me AlZayed for being so helpful and professional
- by Raul Arellanos
Best lawyer ever!! Grateful for Zayed, he’s an excellent lawyer and put a crazy amount of effort into my case. Made everything smooth and was very thorough with the entire case! If you ever need a lawyer, he’s the one to go to!!!
- by Jamila Abushanab

What does DUI mean? Driving under the influence (DUI) is an offense committed when a person drives or is in actual physical control of a vehicle while...

How Long do You Have to Report an Accident in Arizona?

Accidents can happen to anyone and at any time. Although the incident may be disturbing, you should not forget to take precautionary measures. When you get...

How Long do You Have to Report an Accident in Arizona?

When to Hire an Attorney After a Car Accident

The Law Office of Zayed Al-Sayyed is no stranger to dealing with clients who have been involved in a car accident. We know that deciding whether or not to...

When to Hire an Attorney After a Car Accident

We bring each client a combination of our aggressive approach to their legal issues while providing a compassionate experience for our clients.